The Right Time To Write 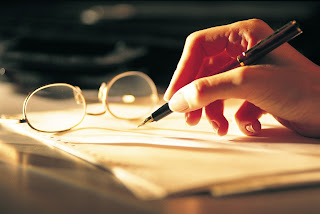 A few weeks ago, a friend who has read my time management book 'Half a Million Words in Nine Months' asked me: 'Do you feel like you need to be in a zone or space for writing?'

It's a good question, because I hear a lot of writers talking about 'the zone' or 'the muse'. However almost universally, the long time, prolific authors don't believe in it, or say you have to teach yourself to make 'the zone' when you need it.

I told my friend (who is a new mother) that it was like being a mother. You just do it. You don't get to not do it. You don't get to decide for a few days that you don't feel like being a mother and go back to being a single party girl. You just have to be a mother. She said her manuscript wasn't screaming or kicking or hungry and latched on to her whether she liked it or not, and that's fair enough. It was, perhaps, a bit of an intense analogy.

If you want to write seriously, you should treat it like a job though. You probably don't wake up 'feeling' like you want to go to work. Even if you love your job. However you need the money so you do it. Sometimes it takes some coffee and grumbling, but you do it, because there isn't much choice. If you approach writing with the same attitude, that you just have to do it, you will, well, do it.

As I have said before, however, I rarely have to 'drag' myself to write. I enjoy it. Yes, it is work, yes it is a job, but I like doing it. Even the difficult bits are difficult in a way I enjoy, and I really only struggle when my health makes focusing difficult.

So what about 'the zone'? I think we've all felt it at some point. When the words are flying and you're having a fantastic time and you're so absorbed in the project you don't want to do anything else. It exists, you've felt it. So why do some authors say it's not real?

Brace yourself, I am about to blow your mind.

When you're not in the zone, what you're feeling, that reluctance, that unwillingness to write, is anxiety. There's no 'zone' you need to get into, you're just feeling insecure. The 'zone' you're looking for is ego. Or, at least, the temporarily ability to turn off that voice that says you aren't good enough.

'The zone' is your natural state, without criticism or doubt. It's an unwillingness to write, an apprehension, that is the unbalanced, abnormal state.

The trick is learning to turn that off while you are writing. Be anxious about that shit in the shower or driving or trying to sleep at night, but NOT when you are sitting down to write.

This is why I slow down when I have deadlines. The pressure, the anxiety, makes it difficult for me to write. It's also hard for me to write one book if I am getting edits for another book at the same time, because the criticism overflows and I can hear my editor's voice while I am trying to write. It feels like someone is looking over my shoulder, judging things as I type them.

You probably know the feeling. The point is, it's just that. It's a feeling. It's not a real thing that is actually happening, it is a thing you are imagining. It's like being deeply traumatised over your parents' death when they are both still alive.

'The zone' is just the times you can turn off that inner criticism for long enough to actually get shit done. There are several ways to achieve this, but what works for you is going to be pretty personal. So I am going to let you figure that out and say this instead:

I'm not going to say you don't deserve criticism. Maybe you're a shit person, I don't know. I am going to say that you and I both know that abusing and berating people doesn't motivate them. So if you keep abusing an berating yourself about your writing, it's not about motivating yourself. It's about making an excuse so you don't have to do it.

But you actually don't have to do it. Creating art is an optional extra in life. Something we are privileged to have the opportunity to do. Don't piss away your chances because your ego isn't playing ball today.

And remember, support other writers. Tell them you're excited to read their stuff, tell them what you love about it. They feel just as insecure about their writing as you do about yours. We're all in this together, start acting like a fucking team.

Posted by Jake Corvus at 9:30 AM No comments: 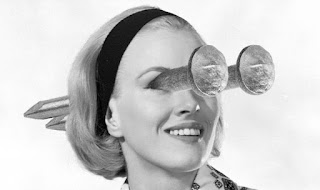 Anyway, over the many years of chronic migraines, this is what I have learned. This is my plan of action when I feel a migraine coming on (visual halos, dizziness, hearing sensitivity, etc):

I take two panadol and two nurofen. You can swap panadol for panadine or nurofen for aspirin. It's safe to have them together. Just don't take two types of pills with panadol together, or two types of anti inflammatories together. Panadol + nurofen = okay. Panadol + panadine = overdose and liver damage.

2. Drink a full glass of water.

This can be hard if the nausea has already settled in, but trust me, it reduces the length and severity of the migraine. If it's really hot or you haven't been drinking much, drink two glasses of water.

A hot shower will help release your neck muscles and clear your sinuses. A cool shower will stop you sweating. Have whichever is appropriate.

4. Get dressed in clean, comfortable clothes.

You're going to be lying down a while, so get comfortable. I find clean clothes though. Nothing is worse than feeling shitty AND grungy.

5. Clear the space you're going to be recovering in.

I know it's hard when you feel like shit, but tidying and organising the space I'm in makes a huge difference to me. I get quite distressed by 'visual noise' when I have a migraine, so a mess makes me very tense.

6. Get a glass and a large bottle of water.

I like to keep my water in a bottle and pour it into a glass as I need it. I get terrible shakes when I have a migraine and this saves me spilling half empty glasses of water everywhere when I fail around trying to reach something.

7. Have snacks in tupperware within reach.

I prefer one savoury (nuts) and one sweet (dried fruit). Nuts are really good for omega three and the fruit is good because the sugar gives you high calories without you having to eat much. Which is preferable for nausea.

Hot packs on your neck, back or feet can make a huge difference. If the pain is really sharp, I put ice packs on top of my head too. Both are great. Even if you are exhausted and miserable, make the effort, it's worth it.

9. Put on shows and movies you love and have seen dozens of times.

Why stuff you have seen before? Because if the volume is really low and you zone in and out, you can still follow what is happening. You can tune in for your favourite parts, tune out when you want to and still have a form of entertainment. Most of my migraines don't allow me to read (books or subtitles) or focus enough to follow new shows or movies. So older favourites are great.

If you prefer silence, that's okay too. However I get bored too quickly for that. I'll also sometimes play video games that are easy and don't require too much input. Something like Banished or Sim City 4. Even Civ 5 on easy mode or Sims 3-4 can be a pleasant occasional distraction.

Put a sign on the front door saying 'shift worker: don't knock' or 'sleeping baby: don't knock'. Mute your phone. Take your house phone off the hook. Whatever it is, you can't deal with it when you have a migraine anyway.

Turn off the lights, close the curtains, close the windows and minimize sound pollution. You should have everything you need for the next four hours, then you can take your next round of pills, go to the bathroom, check your phone and pray to God it is over soon.

This is all pretty simple stuff. You've heard it before. But doing all of it (actually doing it, not just thinking about doing it) makes a huge difference. These steps are also set out in the order they should be followed for maximum benefit. Things like taking the pills FIRST, before the shower and set up, so they are starting to work while you are doing the active parts. That way, organising yourself won't make the migraine much worse.

Give this a go next time you feel a migraine coming on and tell me how it turns out.