Things I have learned in the First Three Months of Being Out As Trans: 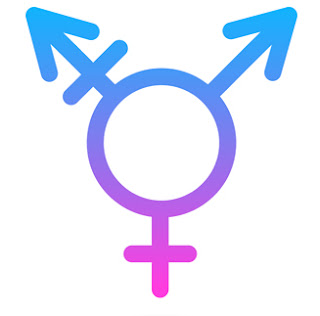 The first three months of being out as trans have been both a rollercoaster and less eventful than I expected. Mostly, my relationships have not changed. However, I have changed. And I am adjusting to a very different world. In some ways, it is like being transported to an alternative reality.

The most important thing I would say to anyone who is considering coming out as trans is this:

You choose how people treat you.

Literally just tell people what you expect. Don't ask. Don't be apologetic. Don't compromise. This is kinder to the people around you. They don't know what to do, they are looking for you to tell them. So, tell them, and when they get it wrong, tell them that too. And don't be afraid to walk away from people who fight you about it.

If your mother died, and some asshole kept asking you how your mother was every time you saw them, you would cut that fucker out of your life. If people can remember you get older every birthday, or that your relatives have died, or that you got married or divorced, they can remember your gender has changed too. If they say it's too hard to remember, they're lying.

Here's some other important things I have learned:

Bras Are Not Your Fucking Friend, Ladies.

Pretty much from day one of coming out (Jan 12th, 2018), I put away my bras and either went bare chested or wore binders if I was going out. My posture improved, and I was more comfortable, physically. I wasn't sure how much of that was simply owed to the decrease in dysmorphia… until I had to put a bra back on.

Fucking hell. God damn, ladies. Let me tell you, bras are the fucking enemy. I used to think I could NEVER go bra-less. My breasts are heavy, I'm somewhere between a DD and an E, depending on brand. It used to hurt when they moved and swung. However, that only lasts about two weeks, then the muscles across your chest develop a bit and now I can even run bra-less without any discomfort.

However, the moment I put that bra back on (a nice, sedate T-shirt bra that was always my most comfortable favourite), it all goes to shit. I had INSTANT lower back pain, my posture, which had been fantastic, dropped forward and I could feel how unbalanced I was.

I know ladies all want boobs that are sitting up nicely and look shapely, but girls, GIRLS, I am telling you now, that is not what they are supposed to do. Take it from a dude who used to be beholden to the bra-prison. Go bra-less a month and you will realise how fucking terrible bras are for your back, your posture and your balance.

Yeah, they make your tits look awesome, but they are like high heels—for special, painful occasions only. I am sure none of you are shocked the beauty industry has been LYING TO YOU ALL. And I was a complete convert. No way I thought being bra-less would be possible for big breasts, but I am telling you, everything improves without one. The only people who really benefit from your wearing bras are men who want to oogle your tits and fuck them. Seriously, fuck them all to hell.

The Only Friends I Lost Were Assholes

I was afraid I would lose a lot of friends when I came out. I was worried about some family members too. However, the people I lost fell into two groups:

1. People I knew from my old church who quietly unfriended me.

Great Christianing, assholes. Jesus was friends with criminals and prostitutes, but you better defriend the trans dude, because… what? You don't want to associate with sinners? You know that is the OPPOSITE of what Jesus would do, right? Right? I feel like the only one at that church who even read the bible.

2. Guys who wanted to slam.

Interestingly, the people who fell into this category didn't just defriend me. They all made a point of picking a fight about something unrelated to me being trans and defriending me over that. It was always something completely inane that spontaneously became a problem when I came out. Like, yeah bro, you've been trying to talk me into a date for two years, but suddenly you can't be friends with someone who has pet birds.

It wish all my female friends had some way to get the same effect without coming out as trans so they could clear the fuckboys from their list. 10/10, would recommend.

Congratulations. But now I am a dude, I don't have to not care. I can care as much as I want. Because no one else does. There are no comments. No stares. No looks. No asking if I am tired today. No comments that I look sick. No pity. Men don't deal with any of that. There is no policing of my appearance at all.

Sometimes when I feel like shit and none of my clothes match, I feel that faint anxiety that if I go out I have to 'not care' about the looks. Then I remember there will be no looks and I as long as my dick is not actually hanging out of my shorts, no one will notice what I wear. Because I am a dude and there are no standards of any kind. By having a penis, my right to exist is paid for.

People no longer stare at me. I no longer have to wonder 'are they looking at me because I look good or bad?'. Staff ignore me in stores. My life is so peaceful in public now (unless I have to use the bathroom).

The downside of men not being judged 24/7 is that they can't handle being judged. They have no concept that women deal with this from birth and a reasonably resilient to it (ya'll suffer a lot of fatigue, I know, but you handle SO MUCH).

Women are expected to meet hundreds of standards that men just… don't. A woman knows to get a job or a partner or friends she must look good, have a good personality, be capable, be emotionally supportive, manage her life and house, etc. Men don't experience that level of expectation and then when they don't have things handed to them, they don't understand why. They exist, they have a penis, other people who exist and have a penis have those things, why don't they?

I thought I knew and understood before I came out as trans, but I had no idea. Its not until you have LIVED with the lack of expectations that you really see the massive difference. And I am not even 100% passing yet.

My perspective on men is actually becoming less favourable now I see how easy they have it. I do know a lot of amazing, sweet, intelligent men and I am starting to recognise, they are the ones who had higher standards put on them growing up. If your parents were strict and made you do housework, look after your siblings, get straight As and be hygienic, go and thank them ASAP—you got a taste of being a woman.

I think its why trans women often don't cope. They're suddenly expected to meet the standards other women are and they can't. Ladies, society doesn't hate you because you're trans (well, it might, but stick with me) it hates you because you're a woman. You just haven't had the benefit of acclimatising to that hate since birth.

Life Is Better As A Man

My life is fantastic since I came out as trans. Haven't washed my jeans in two weeks and they have tomato sauce on them? No worries, I'm a dude now. I have BO and sweat stains? Lots of men do, no worries. Haven't plucked my monobrow? Who cares, I'll see 30 other guys with monobrows at the mall.

And dates, holy shit. Straight ladies, your standards are LOW. I show up on time, pay for your meal and don't grope you or make a joke about your tits and I am a fucking God among men. Literally showing up is enough to impress a straight girl.

Straight men who can't get dates are FAILURES. I can't even stress how easy it is to meet the rock bottom standards of straight ladies. Wipe your asses properly so you don't smell like shit and stop vomiting in their faces? How are ya'll screwing this up?

I have gone from spending an hour and a half preparing for a date to not even wearing clean clothes on a date and I'm still seen as a catch. Maybe I need to start working as a dating coach. Lads, I am offering. Hit me up if ya'll need saving.

Unisex/Disabled Toilets Are The Holy Grail

I have to piss all the goddamn time and suddenly it is a nightmare. Women are not happy when I go in the lady's (and rightfully so, men in the women's bathroom might be dangerous). However, I don't want to risk being beaten or raped in the men's yet. Also, men's bathrooms don't have sanitary napkin bins.

I now have to arrange my face into 'apology' (lady's) or 'I will fucking fight you, just try me' (men's).

There aren't words for the relief I feel when I see a unisex disabled toilet. But for some reason they have pee on the floor 100% of the time.

People Love Me And Still Mis-gender Me.

Sigh. I'm so used to saying 'he' whenever someone says 'she' now that I do it automatically even if someone is not talking about me. Worst offender by far is my mother. I know she loves me, I know she isn't doing it intentionally, and it still annoys the hell out of me.

So, when you mis-gender or me or dead name me, know this:

So that's it. This is my three-month report on being a dude. Most of my interpersonal relationships are the same, which makes me love you all so much more. Overall, I am happier, healthier and my posture is better. Go figure.
Posted by Jake Corvus at 6:34 PM 2 comments: