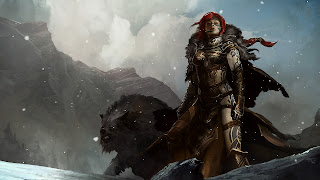 Again, this post was really long, so it's been split into two parts. Let's begin:

Everyone Believes They Are the Hero

Every living person believes they are special. Every living person believes they are the hero. This is a fundamental by-product of self awareness, an intrinsic part of being human. Your novel may only have one protagonist, or it may have several. However if you want to write realistic characters, you have to remember that every single character in the novel, from the nameless guard to the queen to the villain, is the hero of their own story.

The reason you choose your particular protagonist for your particular story, should be because they are going to take the reader on the most satisfying and intense emotional journey. Presumably they stand the most to lose or gain, they are tied inescapably to the plot, and they are an interesting, relatable character. And remember, if they aren't relatable, they have to be very interesting (EG: Dexter in the Dexter series by Jeff Lindsay). And if they're not very interesting, they have to be very relatable (EG: Bella in the Twilight saga by Stephanie Meyer).

If I talk about beautiful elves and dwarves living in mountains and orcs and trolls being the bad guys, you're going to think 'Tolkien'. However Tolkien was already using a lot of resonance in his writing, referring to earlier mythology and stories. Likewise, there have been thousands of authors who followed Tolkien, borrowing from the world he created to write new worlds that still resonated with the same ideas.

Resonance is powerful, because it allows us to draw on the emotions those previous works created. If you feel excited and awed when you think of Lord of the Rings and the cover or synopsis of a new book remind s you of Lord of the Rings, some of that excitement and awe will resurface too.

The same goes for characters and character archetypes. At different stages of our lives, we all have archetypes we are drawn to, even if we are not consciously aware of it. Go and get the last twenty books you read. Make a note of the protagonist's age, gender and a few personality traits. Is something popping up again and again?

You probably prefer an archetype that is your gender and age when it comes to protagonists. And you might have a type of secondary character you love too. Personally I am drawn to intelligent, serious and often cold characters who are neat, organised and precise. They are not jokers. They are not messy or unorganised. They often have a strict, inflexible moral code which may or may not be aligned with the people around them. I wish this archetype was more popular than it is. It crops up quite regularly in anime, but infrequently in books.

Your hero should match your target audience. And it's not a bad idea for them to resonate with other popular characters with the same target audience. Your character should also tend toward morality--or rather, their morality needs to be consistent. Or shown to develop and change as the plot progresses, driven by the events of the plot.

A hero who is against killing and actively wants to help people, but who then kills some nameless guards without feeling guilty or being otherwise affected, is an inconsistent character and their morals and actions don't match.

Character agency is a term that is thrown around a lot, but someone hasn’t explained it to you, it can be a bit tricky to figure out. Simply put, a character with agency is taking action, instead of reacting. They aren’t just a passenger, accepting what happens to them. They are doing things to help or escape or somehow get ahead of the problems they are facing.

Let’s say your heroine has been kidnapped and locked in a cell. Does she wait for someone to rescue her? Cry? Tremble in fear? Or does she come up with an escape plan. Does she do everything possible to get herself out, including trying to dig an escape route or attacking her captor or at least throwing a handful of shit in his face when he brings her food?

Characters with agency TAKE ACTION, they do not simply REACT after things are done to them.

Generally speaking, readers prefer characters with agency. No one wants to read about the sort of loser that just sits there letting things happen, never taking initiative. If Katniss hadn’t taken initiative in The Hunger Games, her sister would have gone to the games instead, died and the book would have been about Katniss slowly working herself to death, slowly giving up, watching every year as more children went to die in the same way her sister did. It probably wouldn’t have been a best seller.

Back to the Profile

In the second blog post in this series, I talked about profiles. Your hero profile is very important, because it keeps track of your hero's motives and goals, strengths, weaknesses, interests, morality and relationships. It helps you keep them consistent and it helps you end up with the kind of character you planned to write.

Your character should be a well rounded person with interests. Have you ever met someone who has a boring job and no hobbies and talking to them is like pulling teeth? No one wants to read about a character like that anymore than they want to talk to them. Your character doesn't have to be skilled at their interests. Maybe they like painting, but they suck at it. Maybe they love football, but they're in a wheelchair and can't play. Maybe they grew up in a cell devoid of human contact, but they collect and breed cockroaches.

So when you are giving your character strengths and weaknesses, make them the same thing. Fun loving, but irresponsible. A good leader, but bossy. A skilled fighter, but aggressive. Intelligent, but impractical.

Your goal with a well written hero is often to slowly turn these negatives into their positive, rather than reversing them completely.

The previous parts of the character development blog series can be found here: