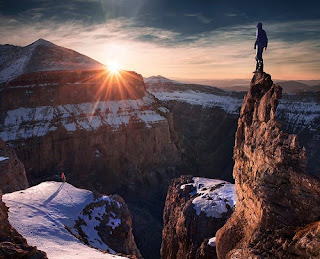 To be honest, it wasn’t until I really thought about it that I realised I’d had a great 2015.

I spent most of it too sick to do the things I wanted, and stressed because I was behind on deadlines. So if you had asked me in the thick of it, I would have said I was having a terrible 2015.

Its only now, in retrospect, I can see how much I accomplished and be proud of how much I did get done, considering the dire circumstances.

I had one novel published with Harlequin under a pen name. They actually approached me about the project, and it was very flattering to be ‘in demand’.

I am also a judge in the Aurealis Awards, for the horror category. Which has been a fantastic and educational experience. I am enjoying it a lot more than I expected and currently hope to put my name forward again next year. (Despite all my good natured moaning.)

I also reached my goal weight, after several years of slow progress, brought a brand new car for the first time, saved the life of a terrible cat (Thomas) and was able to afford to buy my mother a new and expensive bedroom set and fancy mattress.

While my health has not been great, by anyone’s standard, I was able to get on top of two major health problems. The first being the quality of my sleep, the second being my migraines. At the start of the year, I was suffering migraines 90% or more of the time. The pain, vision disturbance, sound sensitivity, dizziness and confusion were pretty much constant and were ruining my life. Changes to medication, sleep and diet have reduced the migraines to closer to 30%-40% of the time, allowing me to actually have some semblance of a life outside a haze of brain fog.

While I am still very sick and there are still a lot of issues to try and address, this progress is what will hopefully allow me to make serious headway on my goals of 2016.

There were a few points in 2015 where I was ready to throw in the towel. When you are debilitating ill, and you suffer chronic pain, you sometimes reach points where you wonder why you are working so hard to improve your situation. It would be so much easier to just let the ever growing mound of horror bury you. There is certainly no one around who would try and stop me if I gave in completely and decided to dedicate the remainder of my life to video games and horror movies.

Until I was inspired to write this post, I would have said my biggest accomplishment was not giving up completely, but that I had very little to show for it. But actually I have a lot to show for it. And I have a lot of people and achievements in my life right now I am deeply grateful for.

One fantastic year.
Posted by Jake Corvus at 6:46 AM