Time: Please Sir, can I have some more? 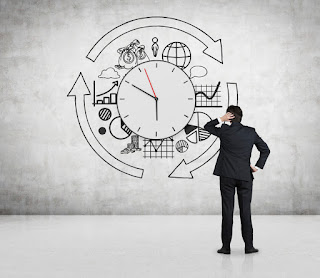 When I asked what the biggest challenge people face in their writing was, almost all of them said: time.

This actually surprised me, but I am a magical time wizard. Or maybe I'm just an extreme A type personality who loves lists. Either way, I am well known for getting a huge amount of writing done, even though I am often time/energy deficient.

So what is a huge amount of writing? Well, as of September 30th, this year I have written over half a million words since Jan 1st, and I have edited over 500 pages. And I definitely haven't been getting as much done as I would like. There have been long periods this year I haven't gone any work done at all.

Time is the great equaliser. No matter how much money you have, you can't buy more time and every single person has the same amount of time in a day. The same minutes, the same seconds. We are separated only by how we choose to use them.

How do you find time to write? How do you make the best of the time you have? How come other people seem to have more time for this stuff than you do?

Well, you know that last one isn't accurate. Because as I already said, we all have the same amount of time in a day, what we have, is different priorities.

Priorities: Video Games, or an entire season of Seinfeld?

In a perfect scenario, you would have a private chef, a personal assistant and no responsibilities. Sometimes I watch youtube videos in which young male entrepreneurs seem to think that is how everyone lives. Shame the rest of us fucked up our lives with marriage, children, pets and jobs.

They say: "Just make it your top priority every day!"

Well, it will be easy to find the time to write when you're in jail for neglecting to send your children to school or feed them. You know what? Writing is HIGH on my priority list. But there are plenty of things above it.

Everyone is going to have a slightly different priority list in life, but for this to work, you really have to be 100% honest about yours. The first thing on your priority list should be your own basic needs. Food, hydration, sleep. I know a lot of parents put their children first, but the truth is, you need to be alive to care for your children and a feed, hydrated and partially rested parent will be a better parent.

Next should be your dependants, but you have to draw the line somewhere between things your dependants NEED and things they WANT. They NEED to be fed, watered and kept safe. They WANT to go to the park.

Your job probably falls next in line, as it is part of keeping yourself and your dependants housed, fed and safe. However be clear about lines here too. Are you working unpaid overtime? Are you bringing work home with you? Checking work emails before bed? Separate the work you are getting paid for from the work you 'can' do.

After that comes a thousand other things. Hobbies. Relaxation. Friends. Church. Clubs. Obligations. Be realistic about where writing sits for you. Where it currently sits and where you want it to sit. I'm not going to tell you where it should be. Obviously the things higher on your priority list will get your time and energy first.

If you find writing is at the bottom of a long, long list of things and you don't want to move it any higher, I have fantastic news. You can stop beating yourself up about not writing all the time and get on with your life.

If writing is sitting directly under 'pay the bills' and above 'have a shower for the day' and you still aren't getting any writing done, then you have a problem.

Compromise: Everyone wins or no one wins.

Hopefully you now have a priority list, and while writing is below letting the cat out for the fourth time, it is ABOVE letting it out for the fifth time. Suddenly there is conflict, because your writing time is alllllll the way down below being let out for the 1,299th time for the cat.

Or maybe the cat is your husband. Or children. And rattling a bottle of vitamins at them just makes them yell louder instead of running away. (NTS: Marry someone who is scared of rattling noises.)

You know what? Sometimes, you have to be a bit of a bitch. Once, my mother interrupted my two hours of writing seven times. The next day, I called her seven times while she was at work. As a nurse. In an ER. She hasn't interrupted my writing time frivolously since then and if she needs to ask me something, she apologises first.

Empathy is a beautiful thing when applied with tactical cunning.

Scheduling: This day planner is the only thing keeping me sane.

Scheduling writing is not the only way to get a book written, but it does help. The final post in this series is going to address alternative methods of writing that give you more time, and some don't use scheduling or use it in a very different way.

However if you are writing in the traditional sense--sitting down at a computer with a set period of time to write X words, then scheduling those writing times will help. A lot. Firstly, because if you write at the same time, on the same days, it creates a habit (I will go into habits in a different post) and secondly because if your family know your schedule, they can make plans accordingly because they know you will be consistently unavailable in during those hours.

Once something is scheduled though, stick to it. Do not compromise on this. Anyone who knows your schedule and interrupts you anyway is disrespecting you, and thusly does not deserve to be treated with respect in return.

Why are you writing? Do you enjoy it? What are you trying to achieve by writing? If I am struggling to write, I will stop, sit silently for thirty seconds, then write a list of all the reasons I want to write that book. Some are grand and related to my career and the story themes, some are frivolous, some are completely unrealistic. No one is ever going to read the list, so I am honest. Do you secretly want to be the next JK Rowling? Write that down. Do you want to impress someone? Be rich? Prove someone wrong?

Are you having fun? Fun is a good reason to write something. Fun is the BEST reason to write something. If you don't enjoy writing, I highly recommend you go and do something else instead, something you do enjoy. Writing can be really hard, so if it's both difficult and horrible, it's probably not worth it unless you have a VERY good motivation. However if it's difficult, but you are having a blast doing it, that is plenty of reason to keep doing it.

Sometimes if I have a deadline with a publisher, and I am having a shit day, I have to latch on to one of my other motivations. However if that motivation is: 'my editor will sent a sad face emoticon', generally I am less inspired than when my motivation is: 'I named a character after someone I dislike and then had them queef obnoxiously during a hilarious sex scene'.

Sometimes rewarding yourself with food also helps. Or not letting yourself get up to pee until you write another 100 words. My co-author, Meg, makes herself donate $25 to terrible gofundme causes if she fails to reach her weekly goals.

So if the joy of the process isn't motivating you, donating $25 to someone who wants to design a bacon g-string might.

Stay tuned for the next four posts in this five part series:

If you like me, buy and review my books, because that will inspire other people to buy them too:

TheBandershin: A Short Story
Posted by Jake Corvus at 9:07 AM