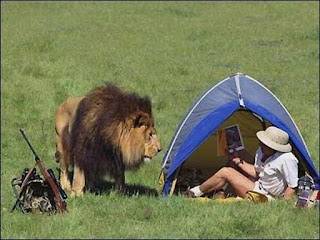 Stakes are what is at risk, or the consequences of failure. If nothing is at risk and the hero doesn’t stand to lose anything if they fail, why does the reader care? The stronger and more powerful your stakes feel to the reader, the more they will care. However don’t make the mistake of valuing quantity over quality. The lives of everyone on the planet may seem like a big, cool stake to have—its EVERYONE on the planet, right? But a man trying desperately to save the life of his newborn daughter, or a sister trying to protect her little brother from an abusive, alcoholic mother is going to have far more emotional impact on the reader and thus they will be more invested in the story.

I have noticed, while giving feedback, quite a few of my fellow writers are confusing motivation and stakes. They are often intrinsically connected. Different sides of the same coin. Take for example the heroine saving her lover. Her MOTIVATION for saving him is that she loves him so much she would die so he could live. What is at STAKE is his life, and her future happiness. However don't be lazy and assume one automatically provides the other.

What if the heroine is saving her lover because he is the only one who knows who killed her daughter? What if she is saving him for the pleasure of killing him herself? What if she is saving him because he has the antidote to the poison that is killing her? As the motivations change, so do the stakes. In every case, she is trying to stop a man from dying. However the WHY alters what she will lose if she fails. He won't just die, she'll lose her only lead in finding her daughter's killer, on having revenge, of saving her own life.

What stakes matter to readers?

The most important thing is that, whatever the stakes and motives are, they should matter to the main character. If your plot is about a girl finding a neglected horse, there is a big difference between a character who sort of thinks horses are cool and who loves horses more than anything and is determined to dedicate her life to horse rehabilitation. The driving motivation has to matter enough to the main character that they can't just hand responsibility to someone else, or give up. The character's passion will be mirrored by the reader, if it is done well.

Generally speaking, motivations and stakes should also be perceived from the side of 'good'. EG: If your main character's goal is to kill someone, they should have a reason readers can relate to. If you tried to write a novel about a guy who wanted to raped and murder the wife of the guy who stole his parking spot at work, the novel probably wouldn't be super popular. It's hard to relate to someone who thinks that way. However if you were writing about a man who was seeking revenge on the guy who raped and murdered his wife because of a stolen parking spot, more people would be invested.

Generally people want to read about characters who are trying to help, protect and redeem, not people who are trying to hurt, corrupt and destroy. There are exceptions to this rule, such as American Psycho by Bret Easton Ellis. Even so, society so abhors this kind of narrative, that in some places it can't be sold, or must be sold shrink wrapped as if it were hardcore pornography.

Readers also want to read about characters that resonate with them, whom they can empathise easily with. This is why people generally like to read about people their own age, their own gender and sometimes their own race (though this is more difficult for underrepresented minorities, since there isn't the same volume of works for them to choose from).

So when you are designing character motives and building stakes, you need to take your target audience into consideration. You want to take the problems they can relate to and make them bigger. J.K Rowling does this in her books with surpassing mastery. She takes that very real fear children have of having less than schoolmates and siblings, as well as the fear of being punished unjustly by parents, and amplifies it. It becomes an abused child living under the stairs, getting no gifts while his cousin gets dozens, never having anything new or special. It is easy to empathise with Harry instantly. Even if we had very good childhoods, we all suffered those anxieties and J.K Rowling brings them all to the surface again with breathtaking intensity.

In Harry Potter, the villains also outnumber the allies. Conflict comes in from all sides, both from Harry's enemies, as varied as they are, and his allies. The stakes and motives are constantly shifting and growing. Which is why the series did so well.


The previous parts of the character development blog series can be found here: