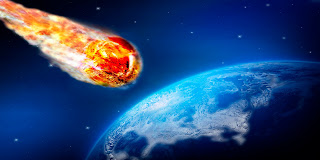 A New Angle On Failure

This quote is from “Art & Fear” by David Bayles and Ted Orland:

The ceramics teacher announced on opening day that he was dividing the class into two groups. All those on the left side of the studio, he said, would be graded solely on the quantity of work they produced, all those on the right solely on its quality.

His procedure was simple: on the final day of class he would bring in his bathroom scales and weigh the work of the “quantity” group: fifty pound of pots rated an “A”, forty pounds a “B”, and so on. Those being graded on “quality”, however, needed to produce only one pot – albeit a perfect one – to get an “A”.

Well, came grading time and a curious fact emerged: the works of highest quality were all produced by the group being graded for quantity. It seems that while the “quantity” group was busily churning out piles of work – and learning from their mistakes – the “quality” group had sat theorizing about perfection, and in the end had little more to show for their efforts than grandiose theories and a pile of dead clay.

This is true of pretty much anything you want to learn. Writing, art, cooking, music, sport, sewing, language skills, whatever. The more you do it, the better you will be. For some reason, we don’t apply this to success. We don’t say ‘the more times you try and succeed, the more times you will succeed’. Maybe because it’s really awkward to say.

Speaking from personal experience, when you try and create a new recipe from scratch, the first attempt almost always fails. You must make the same dish over and over, in slightly different ways, binning the results in between, before you get what you were trying to create.

That is exactly what you must do when it comes to querying publishers and agents.

After all, the people we aspire to be like got ‘yes’. Or they wouldn’t be published. But they also got lots of ‘no’.

To trick your brain into looking at rejections differently, you must think of them differently. Imagine rejections are XP and you need to get a certain amount to level up. 100, to be exact. This is the rejection game.

You must fail 100 times before you succeed.

100 is an arbitrary number. I think humans like it because we have ten fingers and it takes ten people to make 100 fingers. If we had cartoon hands, we’d like the number 64 a lot more.

If your goal is just to have a short story published, it may only take 20 rejections. But if your goal is to be a best seller, you’re looking up around the 900 mark, because there is going to be dozens of publications, perhaps even hundreds if you sell a lot of shorts, between you and that goal.

So, don’t resist getting rejections, get as many of them as you can. You are a hungry, hungry hippo and they are delicious marbles.

Which brings us to rule 2 of the rejection game.

They must be different failures each time.

Let’s say you send out a query, synopsis and blurb to a publisher and three months later you get a rejection. Firstly, three months is pretty quick, so that’s nice. Secondly, if you send out the same query letter, synopsis and chapter to the next publisher, it’s the same failure. So, when you are tallying your 100 failures, both submissions count as one failure. If you send it to 50 publishers without editing, it’s still one failure, not 50.

Get your goddamn shit together and learn from your mistakes. Improve between submissions. Get feedback, do research, take a workshop, re-write, whatever.

They must be real failures, not failures you imagined.

Sometimes when someone is freaking out about something, I ask them to describe the worst possible outcome in as much detail as they can. People usually find this quite easy. Unless they are too ashamed to admit it, then they sort of faff around.

Ninety percent of anxiety is directed at things that will never happen. Ninety percent of your anxiety is wasted energy. Anxiety is a function to stop us killing ourselves. Like if your five-year-old climbs up onto the roof with a superhero cape, that anxiety has a function. You tell them to get down, your heart is in your mouth, you probably saved them a broken leg. Good job, anxiety.

The job of anxiety is to protect us and the people around us from dangerous situations. But getting a story rejected ISN’T DANGEROUS. Despite what you have heard, it’s not a Jumanji situation, where you open a rejection and a tiger leaps of out of your computer screen and chases your family around the house.

It’s just a step in the path to success. One you feel unfounded anxiety about. It’s not saying ‘you’ll never be published’ its saying ‘you have to work a bit harder’. And you must be okay with that to make it in publishing.

Sometimes we imagine rejection so vividly, it feels like it’s already happened. We’ve convinced ourselves it’s real. But it’s not. I’ve had this conversation with people over and over:

Them: “I keep getting rejected.”
Me: “How many rejections have you had this month?”
Them: “I didn’t submit anything this month.”
Me: “What is your tally this year then?”
Them: “I don’t know exactly.”
Me: “Twenty, thirty?”
Them: “I haven’t really submitted anything this year.”
Me: “What is the last rejection you remember getting?”
Them: I submitted a short story to X.”
Me: “The one I gave feedback on four years ago?”
Them: “Yeah, I’d submitted that before I got feedback from you. It got rejected.”

One rejection in four years is not ‘keep getting rejected’ territory. You must submit things and be rejected, before you can be rejected. This is basic stuff, but so many people are stuck in this loop of reliving one or two rejections over and over like they have rejection PTSD.

If you only get ten rejections a year, it’s going to take you TEN YEARS to get to 100.

If it takes 100 rejections to succeed, then you need to get your goddamn ass into gear.

Write shit, submit it, edit it before you submit it again. Repeat. Tally your rejections. You’re aiming for 100. Ready, set, go.