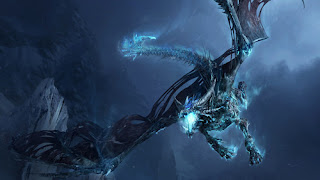 I’ve talked about genres before on this blog, but a conversation with my friend Wonderdog led to tackle it again.

Wonderdog was marvelling over my ability to write many different genres, and I said my books were all similar types of story, just with a different genre focus. I mentioned one book I was struggling with, since I couldn’t decide if it should be fantasy or romance. We then got to talking about what I would need to change to make it fit into one category or the other.

Firstly, it is worth covering what genre is:

Simply speaking, genre is the primary emotion of the book. It is also a label that allows booksellers and librarians to easily shelve your book so it can be found by readers who will enjoy reading it.

However, in most cases, the primary emotion is going to correspond with the genre.

And when people go looking for a book, what they are really looking for is how that book will make them feel. Good, sad, intelligent, whatever. Which is why you should want to be grouped in the correct genre in bookstores. If you are grouped in the wrong genre, then people are not going to get what they want, and they are going to be disappointed.

Not knowing your genre doesn’t make you cool, special or different. It just makes it hard for your book to find readers, and tells me it has no strong emotional impact.

Have you stopped bragging about defying genre now? Good. Let’s go on.

Next Topic: What Makes A Story One Genre Or Another?

Quite simply, it’s the focus and word use. In a previous post, I talked about atmosphere and gave three descriptions of the same room. I used those examples to demonstrate how you can take the same information and, in the way your present it, completely change the reader’s perception.

Genre is basically the same. It’s not the content itself, but how you present it. Take for example a man with a sword. In a fantasy, I might introduce him like this:

He was big, brutish. The sword at his side had seen a lot of use. He moved like a fighter, light on his feet and much too alert to be the simple merchant he claimed.

He was tall, roguish. The sword at his side had seen a lot of use. He moved like a dancer, light on his feet, his bright blue eyes alert and attentive. He looked much too capable to be the simple merchant he claimed.

Instead of big and brutish, he becomes tall and roguish. Why? Because big and brutish are not sexy, but tall and roguish sounds like the sort of man women would like to meet. In both cases, he is light on his feet. However, in one he is compared to a fighter, in the other, a dancer. With the added bonus of alert blue eyes.

To go back to the setting and place blog post examples:

Safe and exciting:
The den was lit with cheery, jumping candlelight. Two overstuffed leather couches would be perfect for reading in on cold winter days. The bookshelf was overflowing with titles, new and old, and the TV was so big, it took up half the wall, almost as good as a movie theatre.

Tense and scary:
The den was cold and sallow in the flickering candlelight. Two overstuffed couches stood hulking on opposite sides of the room, like sagging, bloated monsters about to fight. The dusty bookshelf, spilled over with books, both forgotten and abandoned. The TV was the worst of all, a vast yawning blackness that took up almost the entire wall.

I would consider the first example to be suitable for a YA action or even romance, and the second to be a horror or thriller.

How Does The Reader Feel?

At the RWA conference last weekend I was talking to some awesome fellow writers about my psychology degree and if I thought it was better than a writing degree. The short answer is ‘yes’. However, that is true for me, and might not be true for everyone else. It depends on your skill and temperament.

I quickly realised the ladies I was speaking to thought psychology was important to learn how to write characters. Which it is. However, you get a lot more out of psychology when you apply it to readers.

There is a joke in competition judging: The story that makes you cry the most wins.

Think about best-selling books. People are passionate about them. They felt something strongly while reading them. Same with blockbuster movies. What about big budget movies that fail? When was the last time you watched a big budget movie that tanked? How did it make you feel? Sort of meh? Like, it was okay, just… meh?

However, you can often have a lot more emotional impact if you consciously think about what you want the reader to feel. Research how to make them feel that way. Both by learning about psychology, and reading fantastic books and studying how other people do it.

Make sure your book is delivering on the promise of its genre.

And if you aren’t already, follow me on twitter. I always link back to new blog posts and often post really cute pictures of my cats. What more could you ask for?
Posted by Jake Corvus at 9:28 AM