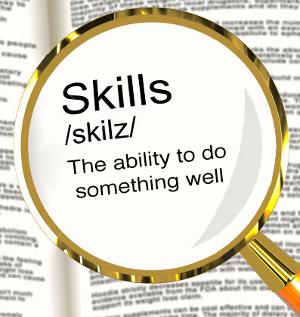 Fair warning, this post is less of a writing lesson, and more of a brain dump. I’m talking about ideas I haven’t really finished developing, so it may be a little scattered. It will give you a terrifying insight into how my mind works though.

In ‘On Writing’ Stephen King talks about the writer’s toolbox. I am not sure if he coined the term, but ‘On Writing’ was where I first read about it.

It refers to the idea that writing skills, and elements of writing, are tools in a toolbox that writers use to construct stories. Stephen King suggests we need to use the correct tool for the job. For example, if you wanted to show that a character was crass, you could use dialogue.

It’s quite common for writers to use these tool metaphors when speaking about the different elements of writing: description, exposition, dialogue, etc.

It can be a useful metaphor. However, on Friday the 28th of July, I went to an hour-long discussion panel with CS Pacat and Peter Ball at the QWC. It was quite a general talk, but Pacat is a master wordsmith, with a fantastic understanding of writing and writing elements. It’s no surprise her books have been such a success. While the talk wasn’t focused on writing skills, she did mention two very interesting concepts, one of which, was the idea of ‘writing skill point allocation’.

She and Peter were discussing authors such as Stephanie Meyer, Dan Brown and Suzanne Collins, who many readers find to have a number of stylistic weaknesses, but are nonetheless very successful as authors. They have what Pacat calls ‘narrative traction’ and after a little googling, I have concluded it is a term coin by Pacat, and one I would like to discuss further in a later blog post.

An audience member asked if having great narrative traction meant you had to sacrifice other writing strengths and Pacat said: “That’s an interesting question. I don’t think so, I think it’s just if you have ten writing skill points and you allocate five of them to narrative traction, then you only have five left to put into all the other things.”

As an avid gamer, I instantly loved the metaphor. Writing Skill Point Allocation. It made so much sense. As in video games, you see some writers who are all-rounders, allocating their points evenly and not really excelling anywhere. Then you see others who have gone full glass-canon. All their points are in one area, leaving the others woefully inadequate.

However, since narrative traction tends to sell very well, those who have allocated all their points writing points there, still do quite well. Even if their world building, characters and general style are somewhat lacking.

This morning, I was reading a sample of a romance novel. The emotional resonance was so intense, within half a page, I was completely invested in these two characters and their relationship. However, the dialogue was awful, there was virtually no description and the exposition was so heavy-handed and awkward it made me cringe.

Still, I was going to click buy. Just because the emotion resonance was spectacular. Until the tension broke right before the sample ended. The two characters confessed they loved one and other and I thought: ‘Well, there’s no point in reading anymore. The tension is resolved.’ It didn’t matter what the rest of the book was about, I had what I came for.

The author should have invested a few points in conflict and tension.

It occurs to me, I have no idea where my own writing points are allocated. For my own personal development, I am writing a list of writing skills. I’m going to re-read some of my favourite books, giving them points in each skill until I can tally their final score. I’d also like to compare that to any sales data I can dig up to compare their final tally and the areas they excel to raw sales data.

As Pacat identified, I think the books that sold better will have higher scores in specific areas. I think a lot of best sellers have very high narrative traction skills, however I suspect my personal favourite books will score higher on character development and world building.

The current list of skills I have identified (which I am still adding to) is as follows:

Since I already have 15 skills on the list and we all use most of them in some way or another, even if it is poorly, the base number of points a person can have is probably 15, one in each. When I analyse works, the maximum score someone can receive in a skill will be ten.

However, looking at my favourite authors, I can already see they would receive different scores for different books. Skill level is not set in stone and they will rise and fall depending on the project, and probably the day of the week.

So why am I sharing all this?

Well, hopefully to give you a new perspective on writing that will help you improve yours. And help you give better feedback to others. If we can first identity these skills in writing, then learn how they function, we can help others identify their weaknesses and show them what skills they need to develop to improve.

I’m not sure if I will ever be able to disconnect from my own writing enough to rank my own skills realistically. However, I do have at least three skills that I am consciously trying to improve and learn more about. (Dialogue, narrative traction and emotional resonance.)

Maybe looking at this list you feel the same way, and you suddenly know what you want to research and look for in other people’s writing. Or maybe you’re more objective than me and are willing to sit down and analyse your own writing to identify where your strengths and weaknesses are.

If you can think of any authors you think have earned a ten in any of those fifteen skill areas, please posts a comment here or drop me a line on twitter and tell me who they are I’d love to check them out!