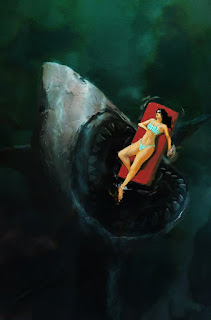 Can you name five of your favorite characters from books? How about five of the best known ones? Have you heard of these characters? Harry Potter. Jon Snow. Katniss Everdeen. Bridget Jones. Bilbo Baggins.

The best characters are ones that never leave us. That become a part of popular culture. Writing a memorable character at that level without any planning or consideration is even rarer than winning the lottery. It would take one of a kind talent, paired with once in a lifetime luck. Do you really want to bet on either? Its a much better idea to learn about what makes a character memorable and lovable and fascinating before you begin writing the book, and plan to write those elements in from the beginning, so they are deeply intertwined with the narrative. Editing them in later, after all, will be almost impossible.


Laying A Foundation For Immortality

Character profiles are where you lay the foundation of what matters. Its not a place to record hair colour, eye colour, weight, height and freckle density. Though a few strong, defining physical features can make a character stand out in a reader’s mind, they aren’t what matters.

Did you like Harry Potter because he had green eyes? Or did you like him because he rose up from adversity to become a hero? Were you captivated by Katniss’ brown hair, or because she was willing to sacrifice her own life to save her little sister?


As Always, Jake As A System For Everything

Over the years, I have developed an extensive character profile that I use to design characters prior to writing a novel. It makes my characters, and my plots, stronger, more lifelike and fills them with conflict and tension.

I am going to share it with you here, but don’t try and use it yet. This week I am discussing the layout, next week I will be discussing how to fill it in properly.

BOOK: (The working title of the book this character is in.)

Name: (Character name. First, last and any nick names.)
Age: (Character age at in chapter 1, though you might want to also include their age at the end of the last chapter, if it changes.)
Race: (This is more for fantasy and sci fi than contemporary fic. If I was doing contemp I would change this to ‘ethnic background’.)
Hair: (This is so you remember and keep it consistent but also, try to put a description here, not just a colour. EG: a loose black Grace Kelley bob. Salt and pepper, thinning on the top. Long, loose and gold, tangled and wild.)
Skin: (Skin tone, again, a description is better than a color. Remember not to describe dark skinned people as food. Its offensive. No coffee or chocolate, okay?)
Eyes: (Rather than color, try and focus on emotion with your eye description. Pale grey, with hard wrinkled lines from frowning. Wide, blue, bright and full of wonder.)
Magic: (Again, this is for fantasy/spec fic, not contemp. Depending on your setting, this could be extensive and cross into world building.)
Quirks/Turns of phrase: (If you see my post here on style: https://traditionalevolution.blogspot.com/2016/04/elements-to-better-writing-style.html you will see I recommend giving characters their own distinct ‘voice’. This is where you make notes about that. This section can end up being quite long and extensive!)

Personality: (A lot of people list character traits here. Eg: brave, shy, funny, outgoing, etc. Do that if you have to, to give yourself an outline, but then after each trait give an example of HOW they show that trait. Nothing is worse than a book that tells you character is brave, but we never get to see them being brave. You can’t tell your reader anything regarding personality, you can only SHOW them. So do yourself a favor and work out some ways to show that trait now, not when you’re writing your first draft.)
Growth Arc: (Every character has to go through a developmental arc throughout the story. Maybe they start out shy and grow in confidence. Maybe they start out carefree and have all their innocence stripped away. You need to know where they start and where they end, before you start planning the novel in full. This is so you can set up point A very strongly, so point B has more impact. I remember C.S Pacat talking about her character Laurent in Captive Prince. She said she knew people needed to hate him at the start, and he had to win them over slowly as the novel progressed. She was still devastated everyone hated him when they started reading! And boy did they hate him. But by the end of the series, no one saw him as a bad guy anymore, everyone loved him.)


Room/Home description: (I will expand on this a lot in the next blog post, but your characters room says a lot about them. It is a character in its own right, so you need to expand on that.)
-

Family: (List any family members this character has, and make some notes about their interpersonal relationships.)

Greatest Strength: (These next sections are going to be the focus of next week’s blog post.)
Tested By:
Greatest Weakness:
Failure/Overcome:

Most Desires: (These too.)
What do they Gain?:
Barriers to Goal:
Cost of Failure (internal/external):

20 Facts about the character: (This may seem a bit pointless, but it has actually proved to be a vital part of my character and plot development. It promotes brainstorming and forces you to flesh out the character in your mind. Childhood incidents, favorite food and colors, interesting likes and dislikes, etc can all go here. Read through your character profiles regularly, and you will be able to add a lot of life and a sense of history and depth to characters by using these notes.)


So there it is, Jake’s character profile sheet. Is it what you expected? How does it compare to character profiles you have used in the past? If you are feeling a bit lost, don’t worry, I am going to expand on it next week. The most important parts of this profile are not explained at all right now, you have to wait until for the real magic! See you then!

And don’t forget to sign up to my hilariously inappropriate newsletter at www.traditionalevolution.com. It contains book news, stories too personal for facebook, movie reviews and when you first sign up, you get the full, unabridged version of the chicken story.

ALL CURRENT POSTS IN THIS SERIES:

1. Do You Struggle With What To Write Next?
2. The Five Core Parts Of A Good Synopsis
3. The Command Center of Your Novel
4. Characters Readers Remember Forever
5. Character Mistakes You Can't Afford To Make
6. Building An Empire
Posted by Jake Corvus at 8:59 AM