The Command Center of Your Novel 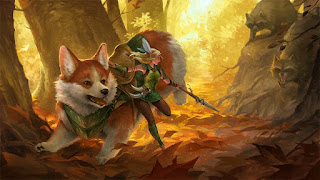 Writing an overview sounds ridiculously simple, maybe so simple you wonder why it needs its own blog post at all. Depending on your experience level, it may be a lot harder than you think. It may even be impossible for you to do properly when you are starting out.

That is because a functional overview means you have to be pretty good at estimating how long scenes are going to be, and how long a novel will be, based on the plot points you create. Not everyone is good at this. In fact, few people are good at this at all.

The most common mistake I see first time writers making, is they write down their scenes and they think they have enough material for a long novel. Maybe even a trilogy. However in truth, they barely have enough story for a novella.

To remind you, an overview is the basic details of your novel structure. It should contain information such as the target audience, the genre, the intended word count, the number of chapters and the goal word count per chapter based on those two numbers. EG: 80,000 words, divided by 25 chapters is 3200 words per chapter.

So lets start at the beginning and work through your overview.


How Do You Set Up An Overview?

Your genre and target audience is the first thing you should know. You can take the exact same plot, same characters, same ending—but end up with completely different books if you are writing for teenagers VS adults. The tone, themes and focus will be different, even though the plot and characters can be exactly the same.

Sometimes people come to me asking for feedback, but can’t tell me who the target audience is. I find it almost impossible to give them feedback under those circumstances, because without knowing the target audience, there is no way for me to know what the feedback should be.

So first, you decide who your target audience is, and your genre. Remember, genre is just the primary emotion your reader wants to feel when reading. Romance = love. Horror = fear. Fantasy = awe. And so on. Genre is also where your book will be shelved in the book store. You want to be shelved with similar authors, so you can be found by your target audience.


How Long Should My Novel Be?

When you know your target audience and genre, you can get a rough idea of what your word count can be. Particularly if you want to sell commercially, with a traditional publisher or through book stores, you will need to stick within the genre norms. This is very easy to find out, simply google: ‘Average word count for GENRE.’ Be very aware that niche genres can vary a lot. Particularly in romance. While a typical historical romance might be up around 120, 000 words, a contemporary erotica romance might only average 60, 000 words. KNOW YOUR GENRE.

When you know the average word count for your genre and target audience, you can divide that into chapters. Thrillers often have quite short chapters. Fantasy novels tend to have longer chapters. If you aren’t sure how long the average chapters are for a genre, grab five of them off the shelf at the library. Google their word counts, then check what number the last chapter is. Divide the total word count by the chapters, and, tada! You have the number of words per chapter. If you do five of these and average them out, you will have a good idea of what is normal, comfortable and commercial.

So now your overview should be laid out something like this:

When you have this information, it will help you when building your plot. Because you will know how much content you need to fill a novel. Most writers should assume scenes are going to be shorter than you think. If you really have NO IDEA how long a scene will be, I suggest this:

Look at your scene description, maybe it says something like: ‘Keith breaks into the sealed room in the basement and finds the evil shrine, he starts to feel sick and the scene ends with him being rushed to hospital in an ambulance.’

Now, estimate how long that scene will be. Lets say, 1500 words. Now, write the scene, but write it so you can’t see the word count. If that means putting a small sticky note over the corner of the screen to hide the word count, so be it. Don’t try and write it to any length, just write the best scene you can. Then when it is done, compare the word count you estimated to the word count you have. Turns out, it was only 900 words long. Oops!

Do the same thing next time, and the time after. Keep doing it until you find you have a more accurate grasp of how long scenes are. Just remember, your goal is to accurately try and gauge how long a scene will be if WRITTEN WELL. Your goal is NEVER to extend a minimal idea to fit a higher word count. That is bad writing and will ultimately lead to boring scenes that drag terribly.

When you get to writing your simple synopsis, you will need to make sure there are roughly enough scenes for the number of chapters you want. Even if you have reasonably short chapters, its a good idea to have two, or even three plot points per chapter. You also want to consider ending your chapters in the middle of scenes, on cliff-hangers, instead of ending them where the scene ends naturally. This entices readers to keep reading, instead of putting the book down and leaving to do other things.

Knowing how many chapters you will have, makes it easier to structure your novel to make it hard to put down.


What If I Can’t Stick To The Plan?

It DOES NOT MATTER if while writing the first draft, this initial plan goes out the window a bit. Maybe you add more chapters, maybe you cut some out. Maybe you end up with a word count that is a bit off what you thought it would be. As long as you aren’t under contract, there is no one to disappoint. However later in your career, when you are under contract, these things can cause big problems. So its a good idea to start practicing planning and estimating novel length early on.

This practice of planning a overview will also help you if you want to write for specific imprints of publishing houses. Many imprints, particularly in romance, have strict guidelines when it comes to word counts. If everything is planned out before you begin writing, then you don’t have to worry about vastly lengthening or shortening a novel that is the wrong length for the imprint you are writing for.


ALL CURRENT POSTS IN THIS SERIES:

1. Do You Struggle With What To Write Next?
2. The Five Core Parts Of A Good Synopsis
3. The Command Center of Your Novel
4. Characters Readers Remember Forever
5. Character Mistakes You Can't Afford To Make
6. Building An Empire
Posted by Jake Corvus at 11:45 AM