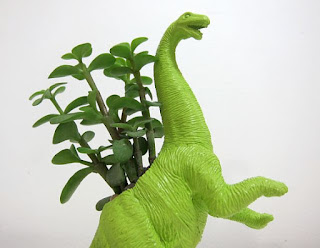 It's easy to mistake escalation for narrative traction. However, to quote Pacat: while escalation can cause narrative traction, they are not the same thing. In a romance novel, there is often a specific formula for romantic escalation. The two main characters meet, and there is a conflict and attraction. This is followed by another meeting, and another conflict, which will serve to heighten the conflict and the attraction (if it has done well), this will eventually lead to a kiss, both more commitment and more resistance, and finally sex, a proposal, depending on the type of romance. A kiss is an escalation from attraction, a proposal is an escalation from a kiss.

As I mentioned in the last blog post, narrative traction is a promise the writer makes to the reader that things are going to get more interesting than they are now. So, escalation can create narrative traction, because we hope the attraction will lead to the kiss, and the kiss will lead to something else. That is the promise the reader wants kept when they buy a romance novel. They want romance.

Obviously, it's easy to make the same mistake with tension, stakes and motives too, but if you only learn one thing about writing, make it this:

"Escalation, stakes, motives and plot are WHAT and WHY things are happening, NARRATIVE TENSION is HOW you tell the reader those things and WHEN."

Got it? Excellent, let's move on.

Yes, there are two main types of narrative traction. The first is informational and the second is event based.  Both require a slightly different technique, which is why each type will be getting its own dedicated blog post with examples in upcoming weeks.

You could probably break down both categories into many smaller, more refined categories. However, I'm not going to do that. Firstly, I think its needlessly complicated and secondly, I would never be able to cover them all in blog posts. You also don't want to risk boxing yourself in, thinking there is only one correct way to do things. If categories within categories help you identify and quantify narrative traction when you are finding it in other books and media, go nuts.

In this series, we will only be dealing with two broad groups: informational and event based.

In the simplest of terms, informational narrative traction is where you withhold information that the reader wants. EG: Who is the serial killer in a crime thriller. However, 'wants' is the operative word. The reader must want the information. Creating that want is part of the process.

In The Usual Suspects (1995), you want to know who Keyser Soze is. You want to know more about him. The way Roger Kint talks about him, makes you intensely curious and who he is. In the movie Pitch Black (2000) we want to know what is going to happen when the sun sets.

Event based narrative traction is when there is something the reader/viewer wants to see happen; the kiss, the destruction of the one ring, the forming of Voltron.

Again, this comes down to what the readers wants, so the first step is creating that want, and creating it strongly enough that the reader sits through your entire book to get it. The more they want it, the faster they will read it.

This is often why blockbuster movies try and cram in a lot of elements. EG: A romance plot AND a lot of guns and explosion, so they can keep as many people watching as possible. Personally, I find that dilutes the effect. I'm watching a horror movie for gore, not to watch people fall in love. However that is a personal preference and you may find appealing to many works for you.

Come back next week for part three of narrative traction: Informational Narrative Traction.


Also, to stay on top of updates, follow me on twitter and facebook, or subscribe to this blog (just use the widget to the right of this panel).
Posted by Jake Corvus at 3:00 AM