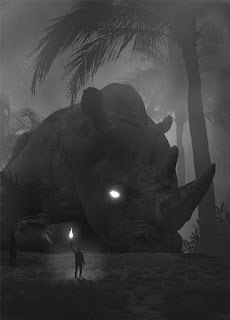 Hopefully after the last two blog posts, you feel you can accurately identify both types of narrative traction in text. Maybe you have even flipped through some of your own favourite books and made notes where you have identified passages with strong narrative traction.

This week I want to look at the actual mechanisms that cause narrative traction and how you can use them in your own writing.

HOW TO CREATE NARRATIVE TRACTION:

There are three main steps to creating narrative traction:

1. Make a promise that the reader wants to see fulfilled.

The important part here is that the reader wants to see what is going to happen. If you introduce a romantic element and romantic tension, the reader needs to want the characters to get together. If they don't, they're going to put the book down.

Knowing that there will be a kiss or explosion or rise to power is not enough, readers have to want THIS kiss, THIS explosion and THIS rise to power.

2. Withhold that promise to keep them reading.

Problems that are solved instantly or easily are not interesting to read about. I have a good friend and one of the big problems in her writing always used to be that she couldn't sustain a conflict. As soon as there was tension between characters, it made her so uncomfortable, she resolved it right away. There was angst in her writing, but only for half a paragraph.

Compare that to something like the Captive Prince trilogy by C.S Pacat where she manages to drag out the sexual/emotional tension for so long they don't even kiss until book two. Or Leviathan by Scott Westerfeld where there is no kiss until (HUGE SPOILER, GUYS!!) the last scene of book 3.

3. Fulfil that promise in a way that makes them want something else.

It is important to learn how, and perhaps more importantly, WHEN, to fulfil promises. Too soon, and the reader will feel things are too easy, that they haven't been earned. However, if the promise is too small, and you leave it too long for the pay off, the reader will lose interest.

It is also important that every promise is fulfilled in a way that makes the reader want something new, or that other promises have been made and are now carrying the story forward. You can't have a gap, not even of a page or so, without something pulling the reader deeper into the story. Once they are satisfied, they will stop reading. Because we all read because we want something—a feeling of some kind. Once we have it, we stop.

TELL THEM WHAT THEY WANT

One of the most important elements here, is readers can't anticipate something, if they don't know what is coming. If the reader doesn't know there is a letter, they can't want to know what the letter says. As with stakes and motives, you need to tell the reader what you haven't told them yet.

As per my earlier example from China Mieville's  'Go Between': 'Something was in the bread.'. We are literally told something is in the bread, but not what. If Morley had sliced open the bread, then put it aside without explanation, we wouldn't have known what we were waiting for.

Take these examples, direct from Pacat:

'Devon never talks about his past.' – We want to know about Devon's past.

'There is a murderer on the island.' – We want to know who the murderer is.

So, the basic formula for narrative traction, be it informational or event based, is Promise- Withhold – Resolve. And you can track this, and made sure you are adding more of this, when you are writing your synopsis.

If you have been reading this blog for a while, you know I am a firm advocate of plotting. However, if you are a pantser, you will simply need to remember this formula and always be thinking of new ways to add these elements in without forgetting about them or resolving them too soon. It requires a lot of innate skill to be a pantser—skill I don't think most writers have. If you are one of the lucky few you are blessed, but if you aren't, just write a synopsis, okay?

However, be aware these are not elements you bring in on top of your plot. They are parts of the plot that you are developing in specific ways, at specific times.

If Harry had read his letter right away and the Dursleys had said he could go, and good riddance, all the tension would go out of the earlier chapters. However, the information is presented and withheld in stages. The letter arrives, but Harry isn't allowed to read it. He's not allowed to read it for weeks and the Dursley's go to more and more extreme steps to keep him from reading it. He doesn't get to read the letter until Hagrid arrives. And with Hagrid comes a lot more information… and a lot more promises to the reader.

If the plot synopsis says:

- Harry is raised by his aunt and uncle.
- A letter arrives inviting him to Hogwarts.
- Hagrid arrives to take Harry shopping for school supplies.

You can see that nothing fundamental has changed. Those things all happen in that order in the plot of the book. However, when presented that way, you can see how they could all happen without much narrative traction and without any tension.

We can alter the plot synopsis to be more inclusive of the tension and traction that actually occurs:

- Harry is raised by his aunt and uncle who are abusive and make him live in a closet under the stairs, denying him everything but his most basic needs, keeping him isolated.
- A letter arrives inviting him to Hogwarts, but Harry isn't allowed to read it. More and more arrive and Vernon takes them away to try and escape the barrage of mail.
- Hagrid arrives to give the letter to Harry, explaining some, but not all, of Harry's back history…. Poorly. (Creating more questions than it answers.)

The plot points are the same, you have simply added in more conflict, more tension and more narrative traction. However even at this stage of Harry Potter, there are several narrative traction threads going. Here I am only looking at the contents of the letter. Not, for example, Harry talking to the snake, the magical elements or the relationship between Harry and his extended family.

Also, to stay on top of updates, follow me on twitter and facebook, or subscribe to this blog (just use the widget to the right of this panel).
Posted by Jake Corvus at 3:00 AM