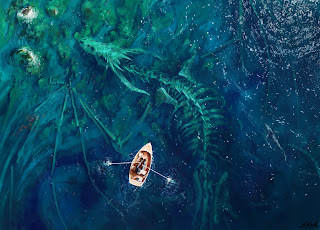 The Bricks That Build A Novel

Scenes are the bricks that build a novel. I’ve talked about what scenes need to really be spectacular in my last post. However you should fill out each section in the detailed synopsis as it is listed, so when you are planning, you will be writing the details of the scene, based on your simple synopsis, before you get into the emotional beats and narrative traction anyway.

What separates these scene summaries in your detailed synopsis from the ones you wrote in your simply synopsis though, is details. You want to add in a lot of details. Depending on what sort of person you are, each scene summary could be a half a page long. Longer, even. Your synopsis could end up like an abridged novel.

Mine are not that long. My average scene summary is between 100-300 words. I often include snippets of dialog, particularly pivotal dialog or dialog that summarizes the tone of the scene, or the emotions of the characters in the scene. I also often write ‘note:’ and jot down anything I don’t want to forget, such as things in future or past scenes that relate to the one I am working on. EG: ‘Note: remember Anna still has an injured shoulder.’


It’s All In The Details

The goal of planning scenes, is to remove all decision making from the writing process. If you want to write very quickly, this should be your focus at this stage.

That means  ABSOLUTELY NO “I WILL LEAVE THIS FOR LATER” PARTS. As much as possible of the physical and mechanical events of every scene needs to be worked out in detail. Its not enough to write ‘she breaks in and steals the papers’. It should read something like: ‘Maria breaks in by climbing through the window with the broken lock in Peter’s office. The papers are in the top cupboard, over the sink, and coated in a layer of dust. A preliminary glance reveals that Annalise signed all the documentation for the construction, so she was lying when she said didn’t know about the project, or someone forged her signature.’

Writing is only slow when you have to stop and think about what is happening. When you take decisions out of the process, you allow yourself to focus entirely on writing great prose, and strengthening all the elements we talked about in the previous blog post: narrative traction, purpose emotional beats and so on.

If you are a bit emotionally stunted when it comes to writing like me (and even if you aren’t), you also need to track how the characters feel during the events of the scene. This is to make sure their mood is consistent and doesn’t see-saw all over the place in illogical ways.

Clear character emotions make the scene feel more grounded and tangible to a reader. However if the character’s emotions are flopping all over the place, or don’t make sense to the reader, the scene can feel confusing, and confusion breaks immersion.


What Readers Need To Know

As well as the literal events and character feelings, you also need to note what things readers need to know in each scene. That is to say, what questions they should be asking, what information they need about characters or setting, and what hints for future scenes they need in order to feel the pull of narrative traction. EG: ‘Lydia needs to mention that no one has come back alive once they enter gate 31.’ Or ‘Gordon needs to see the train departing and hear the train whistle, so the reader knows this story has steam power.’

Too often when giving feedback to writers, I know they have good things in their plot, but they neglect to tell readers about them. Its sort of like being a millionaire, but never taking your turn shouting lunch when you are out with your friends. Its a negative experience for them, and you, because they think you’re a cheapskate asshole. Likewise, if readers don’t have the fun of anticipating what is going to happen, they won’t enjoy the story. Which is, if you forgot, what narrative traction is. The sense that something better will happen if they keep reading.


What Readers Don’t Need To Know

Telling readers too much is also a cardinal writing sin. Most of the time, the right time to tell readers something about your world or characters is a few pages after they want to know. Use that information as a way to keep drawing them through the story, but don’t leave it so long they get frustrated and put the book down because they are confused. The exception to this is any central mysteries that aren’t explained until the end of the novel. EG: You don’t tell the reader who the killer is on page two of a thriller novel. That is revealed in the climax.

However it is important you have the things YOU need to know in your synopsis, even if they don’t actually appear in the scene itself.

When writers first start out, the first chapter of their books is often twenty pages of world building, establishing waffle. This is always the writer doing all the world building and planning for the novel that they SHOULD have done in a synopsis—instead, they think its a first chapter.

Anything you need to know, that readers don’t, feel free to put in your scene notes. Stuff like: ‘The captain of the Hemmes is the same captain that ferried Nathan from Augusta to Mal Cove.’ Nathan may never see the Hemmes or the captain again, and smart readers might pick up it is the same character, but if Nathan isn’t in the scene, there is no way for me to explicitly state it, as the characters on the Hemmes weren’t present when Nathan went to Mal Cove. Its still useful for me to remember though.

So that’s it. You have all the parts you need to start writing your synopsis. Next week, we are going to talk about what to do when you have finished your synopsis and, pro tip, its not starting to write your first draft.

1. Do You Struggle With What To Write Next?
2. The Five Core Parts Of A Good Synopsis
3. The Command Center of Your Novel
4. Characters Readers Remember Forever
5. Character Mistakes You Can't Afford To Make
6. Building An Empire
7. The Skeleton Of A Novel
8. The Meat & Flesh of Your Novel
9. The Fur and Feathers of your Novel
10. Planning Scenes That Make Writing A Breeze
Posted by Jake Corvus at 9:00 AM